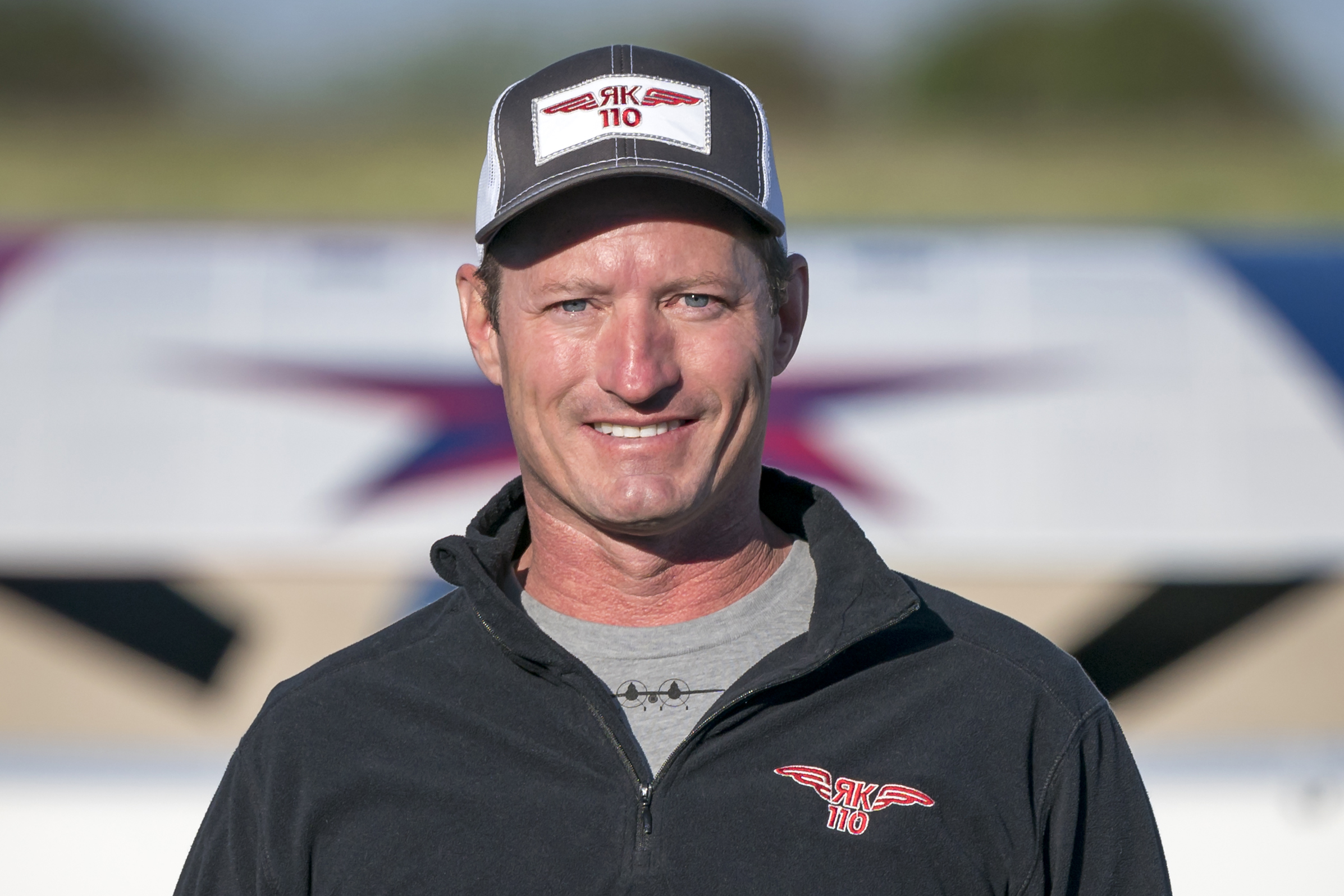 Jeff Boerboon (pronounced like the Whiskey). Jeff flew the public debut of the one and only Yak-110 at EAA AirVenture Oshkosh 2018. The Yak-110 is a one-off design that was constructed by joining two Yak-55 fuselages and a jet engine mounted in between. Jeff, who has previously flown performances in the Jack Link’s Jet Waco The Screamin’ Sasquatch, became inspired to fly aerobatics when he was only seven years old after attending the EAA convention in Oshkosh. As a student at the University of North Dakota, Jeff acquired all of his flying ratings including his first opportunity to fly aerobatics. He is now a two-time Advanced National Aerobatic Champion, was a member of both the U.S. Advanced and Unlimited aerobatic teams, and is the 2010 U.S. Unlimited Aerobatic Champion. In addition to flying the Yak 110, Jeff is a captain for a major airline and spends his free time flying any airplane he can get his hands on.